The first valve I used in my rocket launcher was a “direct acting” type, which has a very small aperture, limiting the flow rate. Although the launcher worked well in practice, I was curious to see if I could find a better valve, with a larger flow rate to get a more spectacular launch!

Here’s the original layout with the direct acting valve: 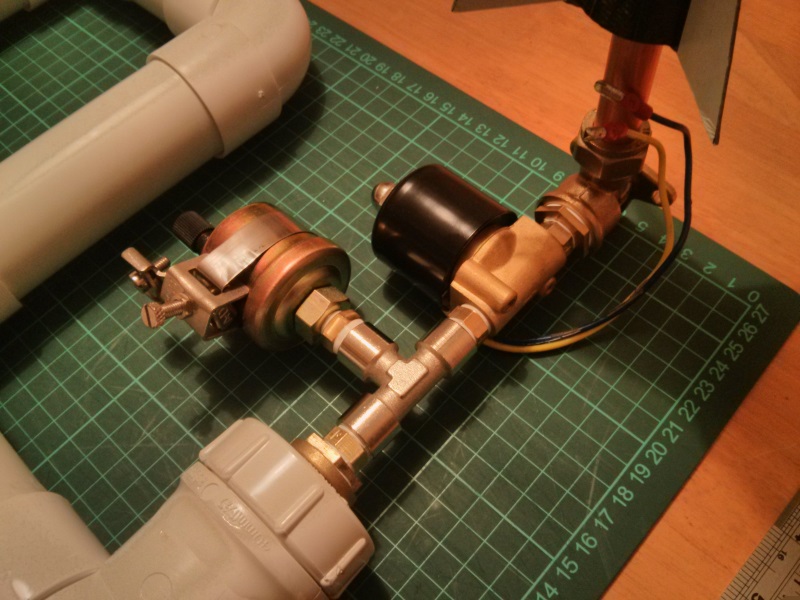 After a bit of research, it sounded like an “indirect acting” type would have a higher flow rate (these are also known as “servo operated” or “pilot operated” valves). There’s a good explanation of the working principles here.

As this is just a fun project, I also wanted something quite cheap! The valve I chose was a 12V solenoid with a claimed pressure rating of 0.02-0.8MPa (3psi – 116psi). Note that the minimum is typical of a servo valve, as it will not open without some pressure on the input side. The valve had two 1/2″ BSP male threads for input/output, and another removable plastic plug with 1/2″ BSP thread which is intended to provide access to clean a removable filter. In my case, I removed the filter and used that spare port to attach the pressure sensor.

The new output side of the launcher is pictured below. It’s basically a complete replacement for the assembly shown above, and connects directly to the plastic pipework. 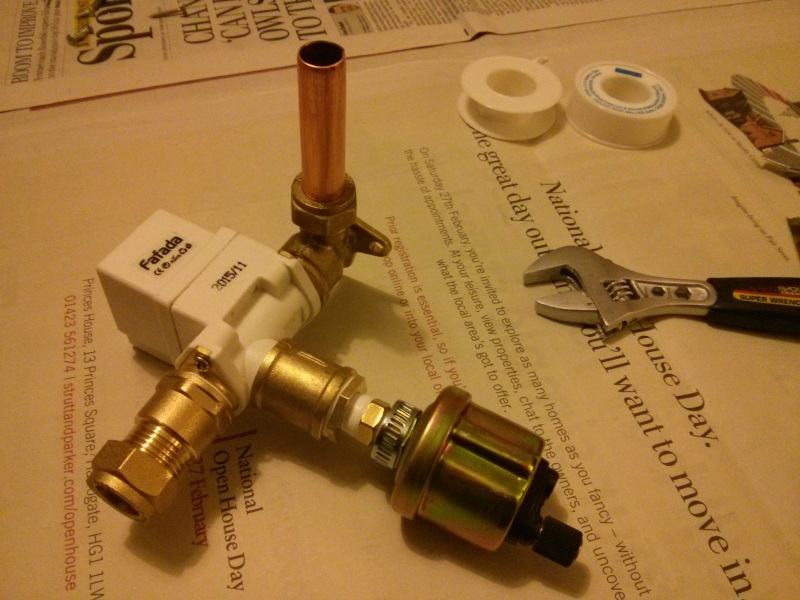 The upright 15mm copper tube is the output, and a longer “launch tube” is attached to that with a push-fit 15mm coupler (allowing it to be removed for easier storage..) The input side is the disconnected compression fitting at the bottom left. The pressure sensor is the cylinder on the right side (car oil pressure sensor).

The new valve did not disappoint! It performs much better than the direct acting valve. The first launch at about 40psi was maybe 3x the altitude with the previous valve at 80psi, showing that the valve flow rate was the limiting factor. Unfortunately on the second launch I lost the rocket in a neighbour’s garden and had to go and ask for it back… ahem.