I enjoy playing Wordle over breakfast every day. It’s a wonderful little game, but the US spellings sometimes cause me some pain!

This made me wonder how many US words were in its dictionary. I had a look at the JavaScript source and found it uses a dictionary of 2315 words. That’s a lot to look through manually, so I ran it through a spell checker (MS Word UK English) and found the following 21 words:

It would be easy enough to substitute a different dictionary of course (and I suspect someone probably already has).

I’ve been a fairly happy user of Visual Studio over the years. For all it’s faults, I’d probably even go so far as to say it’s probably the best Microsoft product I’ve ever used – including their OS! But with 2022, we are not off to an auspicious start…

Typically, I’ve always bought the next major release as a standalone version (2013, 2017, 2019 etc) and activated with a Product Key. When VS 2022 came out, I was pretty excited and naturally assumed I could just buy a standalone copy again…

How wrong I was!

The whole sorry saga started back in November 2021 when we contacted one of our usual resellers and asked them for a quote. Initially there was some confusion because it only seemed possible to get the subscription version at the time but, after a lot of back and forth with the reseller, we eventually got a quote for the standalone version late in December. The ordering slipped into the New Year due to holidays and issues with the reseller.

When it came time to order, the reseller sent us a link to some videos explaining how to use “Microsoft Cloud Services”. I was a bit perplexed to find that we needed to watch 3 videos before we could order the software, but they assured me they were very short videos!

So, after some digging, I found this link on the Microsoft Store, so I went ahead and added 10 copies to my basket. Job done! …or so I thought.

The Microsoft Store sent me an e-mail saying thank you for your order then, a few minutes later, another e-mail saying it had been cancelled! What?

So I tried again. This time of course, my bank flagged it as card fraud, having seen two big transactions with the same supplier. So I had to call them and get the card unblocked.

Then I tried again – third time lucky as they say! This time it seemed to go through OK. I got another order confirmation and, eventually, received an e-mail with an “Install” link for the software. However, this “Install” link just took me to the order page on Microsoft Store, with no way to download the software, no way to obtain the Product Keys and no way to activate it.

Two of us then spent 6 days on the ‘phone to Microsoft. We tried calling the Microsoft Store support, exploring every department available from their ‘phone menu. Everyone we spoke to was unable to help, and either put us on hold, redirected us to another department, or opened a ticket, only to close it later with a message to call the same number we had already tried 50+ times before. In many cases, the departments we were connected to were closed, and they simply disconnect you!

Although polite, literally nobody we spoke to at Microsoft seemed able to help us, they just bounced us around from one department to another.

We tried online chats, e-mails and creating support cases with various Microsoft teams, all to no avail. In the end, over a week later, we resorted to cancelling the order and asked them for a refund.

Now I am waiting for a refund to my credit card, which can apparently take 5-10 days.

I have since spoken to Microsoft Store support again, and they have suggested ordering 10 copies as 10 individual orders, rather than as a single order!

So, I have been trying to buy this software since November, and still don’t have it. It’s the most incredibly frustrating experience. I can’t think of any other business that we work with who could get away with this kind of service, it really is something to behold!

This idea is either genius…. or maybe I’ve finally lost my marbles? I’ve been using a “zero discard” method for my Sourdough starter, where you just pile some flour on the starter and leave it in the fridge (for days at a time, without feeding it). Then, when I want to use it, I just add water and leave it for a few hours to ferment. There’s only so many sourdough discard recipes 2 people can eat, and I can’t bear to throw it away, so this “zero discard” method is a good compromise (I am no expert on Sourdough, still experimenting…)

Anyway, it was a cold morning, I’d just taken the glass jar out of the fridge, added cold filtered water and wanted to get this thing moving quickly, so I thought… why not put it on my 3D printer’s heated bed, and set the temperature to something like 20ºC – 30ºC to get the party started!

Glass jars aren’t very thermally conductive, so I set the bed to
30ºC for an hour or so then, when the jar got up to a balmy 24ºC, reduced the bed temperature to 25ºC and left it until doubled in size. It works a treat! Got a nice bubbly, active starter – ready to rumble!

I love California, but this is always a scary sight when you enter a building…

AvE does a nice line in warning stickers for machine tools. I was about to order some (probably still will) then realised they were going to take 4 weeks to arrive. In this age of instant gratification, I can’t wait so long… so I cracked open Inkscape and set about making some of my own. They arrived in a few days, and I’m really pleased with the result!

Few things more exciting than opening a pack of fresh stickers! One is on my garden shredder, and another is going on my Lathe…

The minimum order means that I now have 50 of these, so I decided to take a punt by listing them here on Etsy. 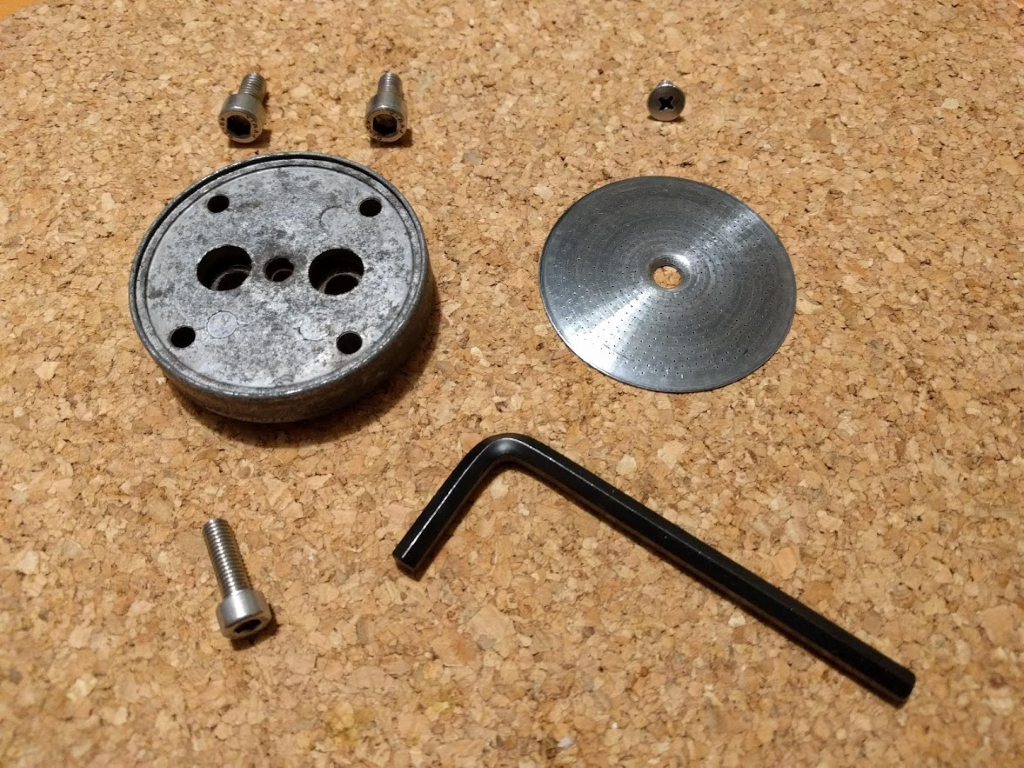 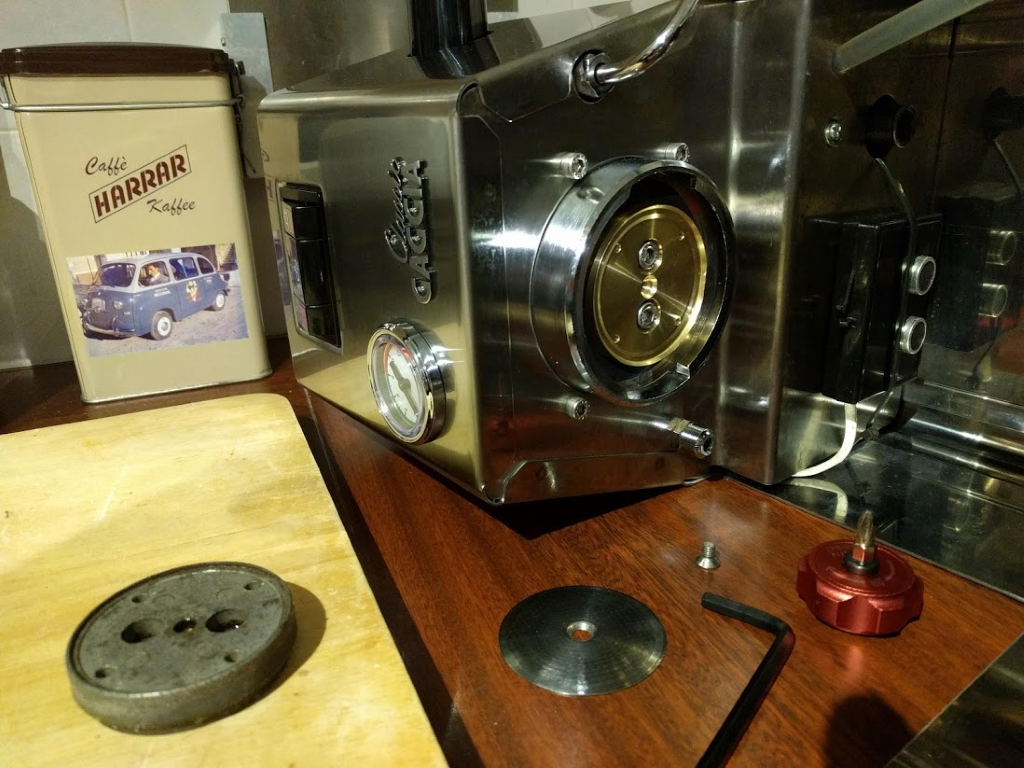 Since upgrading to Windows 10, I’m still having some weird issues… one thing that particularly annoyed me was the long delays when creating and renaming folders. After renaming a folder, Explorer would sometimes take about 10 seconds to respond. The fix for this issue was:

This fixed the slow renaming issue. The weird thing is, I’m pretty sure that I disabled these options before and they seem to have enabled themselves again?!

I’ve also got another really strange problem I can’t understand. Occasionally, I’ll boot into Windows and some of the apps won’t start – they just freeze up or hang on the splash screen. For example: Chrome, Calc, Outlook and nslookup (on the console) freeze and have to be force closed but, weirdly, others like Notepad and Excel just start fine, and ping and tracert both work. Multiple restarts don’t cure it.

Purely by chance, I found a way to fix this by rebooting the PC into Ubuntu Linux (it’s dual boot), shutting Linux down and rebooting into Windows 10. Simply restarting Windows isn’t enough, I have to actually shut down, log into Linux, then restart into Windows 10. I cannot understand how/why this fixes it…

UPDATE: I eventually discovered that holding SHIFT when shutting down Windows 10 makes it do a full shutdown, and a clean restart then cures the problem. This still happens to me occasionally… irritating. 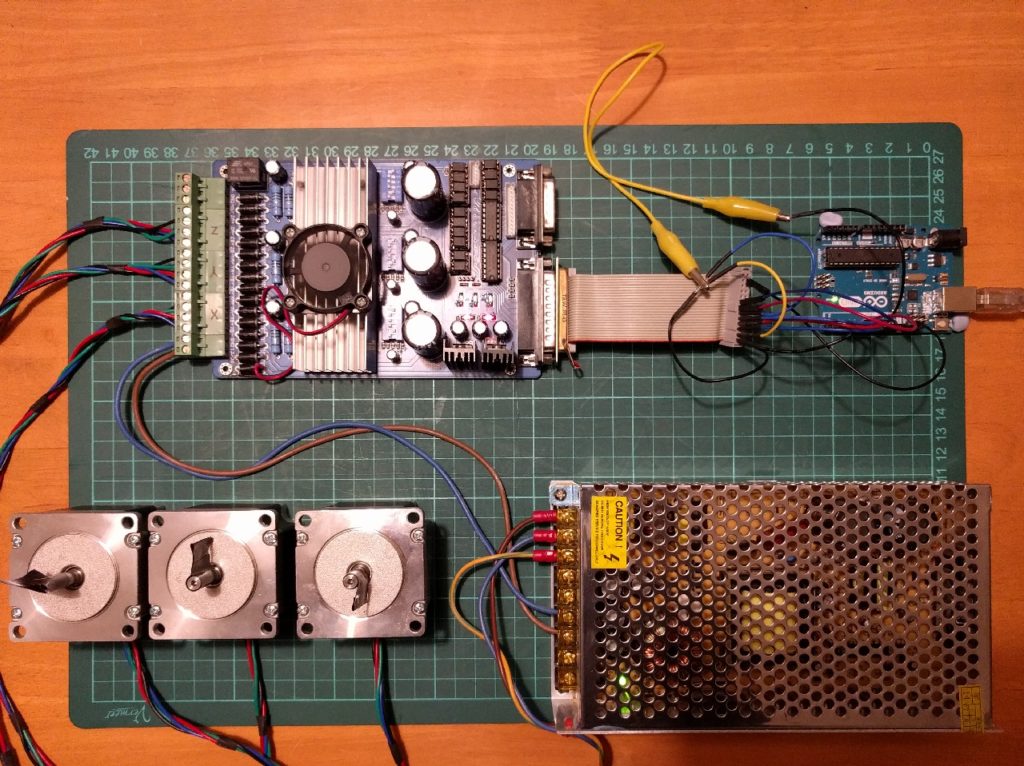 For a while now I’ve had an old TB6560 Stepper Motor Driver board kicking around, which never really saw much use. I used to drive it from a PC parallel port (remember those?) with a very big, ugly old desktop PC running LinuxCNC. Because of the size, this was pretty inconvenient. Recently, I decided to resurrect it and try to drive it from an Arduino Uno with GRBL. It took some time to find the pinout online, particularly since there are several variants of this board with completely different pinouts, so I decided to make notes here…

This manual appears to correspond to my 3 axis board: (TB6560 3 Axis Manual) and here’s the pinout that I’m currently using successfully:

This works but these blue TB6560 boards are absolute junk and have numerous well documented design flaws (e.g. skipping steps) which require DIY modifications to fix, so if you are considering buying one… don’t. There are plenty of better options available!

I finally conceded to upgrade from Windows 7 to Windows 10 (Dell Precision M4700 Laptop) and… it’s not terrible, but I’ve had a few issues:

In the interests of balance, some positive things…

This is a simple test, as most of my CodeBug projects are a bit large to embed (or noisy, or need external components). Very cool feature to be able to embed!