In the process of updating the IGBT driver in my coffee machine with the new design using the TC426, I decided to replace the strip-board with dedicated PCBs. I’ve separated out the high voltage section which interfaces to the pump IGBT, making a standalone board (which could potentially be useful for other projects).

Here’s the circuit diagram for this new board, which I’m calling the “IGBT driver” board (imaginative name, eh?):

Since I had one driver spare in the TC426, I decided to expose this by adding another opto-isolator. So there are two opto-isolated IGBT drivers available (initially, I only need one of these to drive the pump).

There’s a 4-pin connector JP4 which takes two 3V3 logic inputs IGBT1_IN and IGBT2_IN. When driven high, these will enable IGBT1 and IGBT2 respectively (driving the IGBT Gate high). This connector also has an open-collector output PWR_SENSE_OC which will be pulled low when the mains power is on. This can be used by the controller to safely detect when the pump driver is powered on.

The mains power input is by screw terminals on JP1. In my machine, this is connected to the front panel pump switch. This powers up the AC-DC converter, and provides the non-isolated 5V rail (referenced to Neutral) used for the IGBTs. The IGBTs are not fitted to the board, as they need high current wiring, and potentially heat-sinks also, so this design gives more flexibility with installation. There are two headers JP2 and JP3 which provide Gate connections for the IGBTs. In my setup, the IGBT Emitter is connected to Neutral through the wiring loom.

For the PCB design, I opted for through hole rather than SMD for ease of assembly. It’s crammed onto a 60x50mm board, to save space, and reduce manufacture costs. The PCB was manually routed in Eagle: 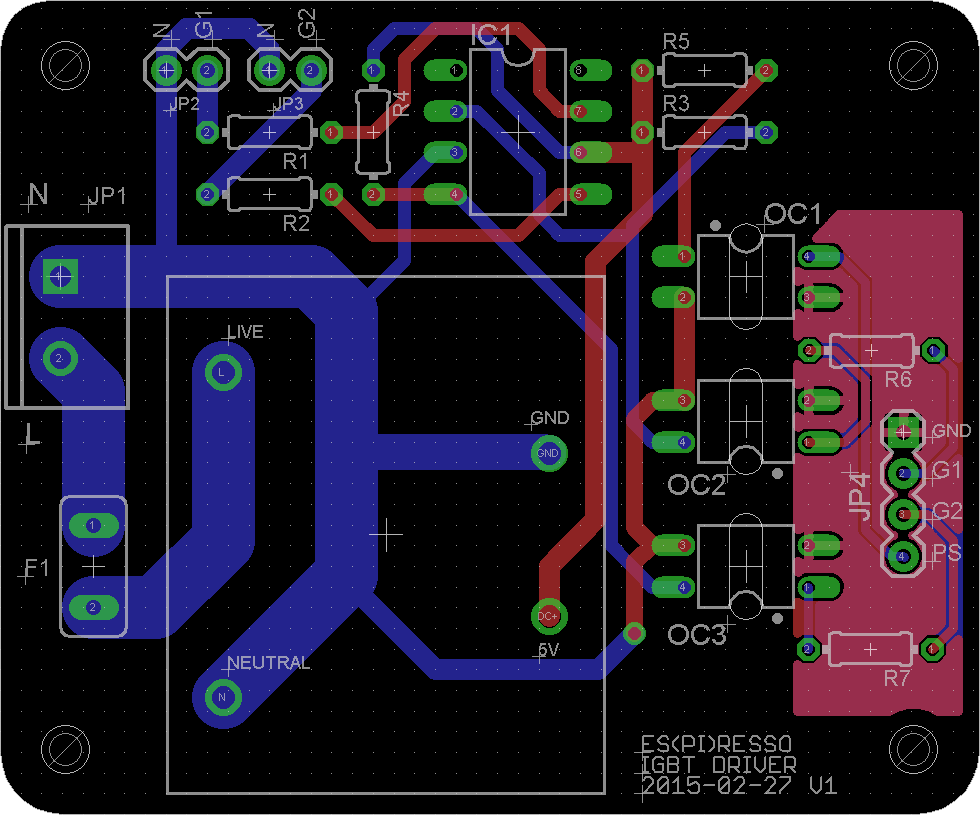 The low voltage section on the right has a small copper plane, but the rest of the board is naked tracks (having big filled areas at mains Neutral seems undesirable…) There are slots under the opto-couplers OC1, OC2 and OC3 for isolation purposes. Hopefully these will manufacture OK as this is a bit of an unknown for me!

Here’s a rendering of the board, created using GRBV: 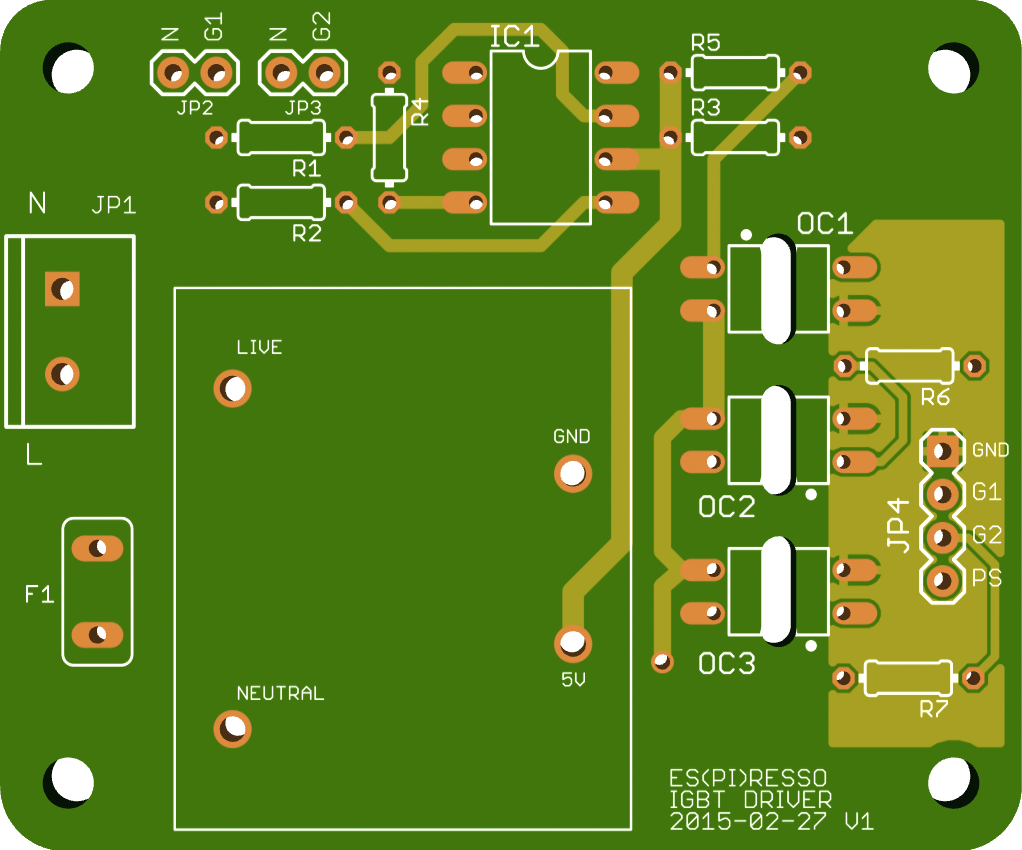 I’ve just sent this off to ragworm.eu for manufacture, and I’m now waiting to see how that turns out!